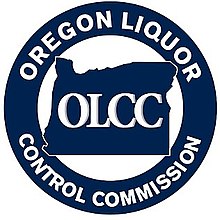 On August 23, 2018 the Oregon Liquor Control Commission (OLCC) adopted a temporary rule restricting patient access to a one-time daily purchase of one ounce of usable marijuana. This overbroad rule is unacceptable, and outrage from patients, caregivers and retailers is growing.

In their recent press release announcing this rule change the OLCC stated “… action on OMMP purchase limits is designed to prevent potential diversion of usable marijuana into the secondary illegal market.”

To substantiate this immediate change, the OLCC explains that a recent examination of the cannabis tracking system (CTS) data has shown a spike in larger purchases by a small number of individuals (less than 2%) over a short time period and that these spikes reflect similar patterns that led to arrests for criminal activity in Colorado.  They also argue that because 95% of patient purchases are one ounce or less, this change will not hurt anyone, and it will go unnoticed by the majority of patients.

Frankly, the urgency with which this change was adopted is not substantiated. Given the tools the OLCC and OHA have been afforded over the last several legislative sessions for investigating occurrences of this nature, a better solution that did not result in reducing overall patient access by 96% should have been reached.

But none of this matters and here’s why:

This should be a red flag to all Oregonians concerned about the role of an enforcement agency in determining a patient’s access to needed medicines and how much they may purchase or have in their possession at any one time. Taking this action based on the assumption that this anomaly is directly linked to diversion activity is knee-jerk policy based on possible diversion scenarios that may or may not exist or ever occur, rather than on patient access and how we should treat patients, — even those that are suspected of breaking the law.

Patients and caregivers now depend more and more on OLCC stores for access to needed medicines they can no longer get from a grower, no longer able to provide for them. Limiting access even further in these stores is not acceptable. What will those patients do that will now face difficult choices? For example:

Patients have needs beyond what this rule will allow and should not be used as pawns in the state’s efforts to wave the “we’re stopping patient diversion flag” for the US Attorney’s office. If this is how OLCC intends to treat patients maybe we should reconsider their role in patient access all together and reopen medical-only stores. At least then patients could get what they need.

Rule changes like this will only exacerbate the very problem they are seeking to remedy and drive patients underground and into illicit markets. Patient issues like these should be before the newly created Oregon Cannabis Commission (OCC) where they can be resolved in a reasoned but timely manner by members that understand patient issues.

One final question remains in all this: Why wasn’t the Oregon Cannabis Commission consulted on this change? Statute gives authority to the Cannabis Commission “to provide advice to the Oregon Liquor Control Commission with respect to the administration of ORS 475B.010 to 475B.545, insofar as those statutes pertain to registry identification cardholders and designated primary caregivers….” (ORS 475B.961(2)).

This does not mean the Commission only gets to advise the OLCC or OHA once a rule or legislation has already been drafted or, worse, trying to correct damage already done by poorly thought out and hastily adopted changes.

It means the commission is supposed to advise them. Does it mean they have to follow that advice? No, not necessarily, but had the OLCC initially followed this statutory direction in considering this change, perhaps other options would just as effectively addressed the issue with considerably less impact on patients and their rights as patients.

In the future we hope the OLCC and OHA will consider the OCC a partner in decisions that clearly affect patients as provide for by statute. The urgency of this change appeared hastily conceived and implemented and from behind closed doors without adequate time and consideration from other essential parties. The Cannabis Commission should have been included in this matter that clearly affects simple patient access.

We urge the OLCC to rescind this rule with the same urgency with which they adopted it before any harm is done to the patients, or their rights as patients in Oregon’s medical marijuana program.

Anthony Taylor is a long time activist in the marijuana reform movement. He was responsible for changes to the initiative process and has been a persistent voice in Salem for marijuana reform. His recent efforts led to the addition of PTSD to the list of qualifying conditions for the use of medical marijuana as well as sentencing reform including the creation of misdemeanor possession of marijuana and hashish, a long overdue change in Oregon statute.

State Racketeering needs to stop. How can a federal law regulator under liquor laws enforce and collect money off a federally illegal substance. Should have never been involved. It should be the health authority and Dept of Agriculture. It is a crop treat it as such. It is a plant! Not your money maker. If you grow and it tests clean, anyone should have the right to sell excess period.That would take it off the street but then law enforcement couldn’t be funded with our illness and misery.